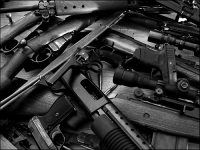 By Matthew Boyle – The Daily Caller

House oversight committee chairman Rep. Darrell Issa said he thinks there are “similarities” between the Operation Fast and Furious gunwalking tactics and the way those who murdered Immigration and Customs Enforcement agent Jaime Zapata obtained the weapons used to kill him.

During Fast and Furious, which was organized by the Bureau of Alcohol, Tobacco, Firearms and Explosives and overseen by the Department of Justice, the Obama administration sent thousands of weapons to Mexican drug cartels via “straw purchasers” who bought guns in the United States with the intention of illegally trafficking them somewhere else. This tactic is known as “gunwalking.”

Zapata was killed with guns that were purchased in Texas by two different traffickers. According to CBS News reports, both of those traffickers were under ATF surveillance without being arrested for a period of time while they were trafficking guns. Both were arrested at a later date.

Texas Republican Sen. John Cornyn has pressed hard for answers on the details of the tactics the ATF apparently used in his state, as has Issa.

Justice Department | Eric Holder | When Did He Know | The Daily Caller 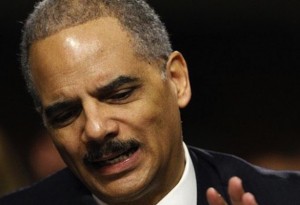 Justice Department | Eric Holder | When Did He Know | The Daily Caller

This reminds me of President Clinton answering a question by saying, “It depends on what the definition of ‘is’ is.”  I think Mr. Holder is not sure what the definition of the word lie is.  I also notice that just like the lawyers they are, no one will give a straight answer. If he wasn’t told and didn’t know about  what had happened, the answer is easy.  Just say NO.  All of this word play just makes him look more guilty.  What do you think?  Read the article from The Daily Caller below:

A document the Department of Justice sent to Congress Friday shows that Eric Holder’s deputy chief of staff was made aware on the day of U.S. border Patrol Agent Brian Terry’s murder that a weapon traced back to Operation Fast and Furious killed him. But when asked Sunday, a Justice spokesperson would not would not answer The Daily Caller’s question about whether Attorney General Eric Holder himself was informed of the connection on that day.

The documents sent from the DOJ to congressional officials Friday night included a series of emails between former Arizona U.S. Attorney Dennis Burke and Holder’s then-deputy chief of staff Monty Wilkinson. Those emails show Wilkinson, a senior Holder aide, knew on December 15, 2010 — the day Terry was killed – that the weapons used to murder him were provided to a Mexican gang by the Bureau of Alcohol, Tobacco, Firearms and Explosives.

On that day, records show, Burke wrote to Wilkinson that “[t]he guns found in the desert near the murder[ed] BP officer connect back to the investigation we were going to talk about – they were AK-47s purchased at a Phoenix gun store.”

The emails also show that Wilkinson “alerted” Holder of Terry’s death on that day. They do not, however, show whether he told Holder that Operation Fast and Furious had provided Terry’s killer with the means to murder him.

Reached by The Daily Caller on Sunday, DOJ spokeswoman Tracy Schmaler would not give a yes-or-no answer to the question of whether Wilkinson told Holder, his superior, about the connection between the gunwalking scheme and Terry’s murder.

Instead, Schmaler pointed to a letter Assistant Attorney General Ronald Weich sent to Congress Friday with the documents. In that letter, Weich wrote only that Wilkinson “does not recall” whether or not he informed Holder. Weich added that the DOJ has been “advised” that Burke similarly has “no recollection” of discussing these details with Wilkinson in the first place.

Over the course of an email conversation Sunday lasting more than two hours, Schmaler declined to answer whether Holder was informed. She did, however, agree that it’s “absolutely not unreasonable to ask” that question of Holder.

Iowa Republican Sen. Chuck Grassley, who has led the congressional investigation into Operation Fast and Furious along with House oversight committee chairman Rep. Darrell Issa, said in a tweet Saturday that the documents DOJ released Friday “clearly show Holder[‘]s people knew” about the gunwalking initiative before Grassley opened his investigation – and that the DOJ “lied” to Congress.