Reagan Saw This Coming
Pamela Geller
Ronald Reagan saw this coming, and Barack Obama is making his prediction come true. Moammar Gaddafi got what was coming to him. Of course, the concern now is the jihadist and al-Qaeda elements that are positioned to replace him.

Moammar Gaddafi got what was coming to him.  Of course, the concern now is the jihadist and al-Qaeda elements that are positioned to replace him.  Years ago, Ronald Reagan called Gaddafi the “mad dog of the Middle East” and said that his goal was a worldwide “Muslim fundamentalist revolution.”

Many others besides Gaddafi shared that goal, including those who opposed him, and with Gaddafi’s death, that goal is closer than ever to being realized.  Here we are, thirty years after Reagan made these remarks, in the throes of a worldwide Muslim fundamentalist revolution.

Reagan said that those who wanted this “Muslim fundamentalist revolution” were enemies of the United States — for them it was “like climbing Mount Everest, because we are here.”  And in a sense, that is exactly the reason why.  I don’t know if Reagan ever read the Qur’an, but his remark indicates that he knew the larger reason why they were targeting the kafir, the great infidel nation.  It was “because we are here” — i.e., because we constitute the foremost obstacle to the overriding goal of Islam: we stand in the way of a world living under Islamic law.

Still, Reagan’s warning of a worldwide “Muslim fundamentalist revolution” was prescient.  Can you imagine the Muslim Brotherhood stooge in the White House ever uttering those words?  Imagine: Ronald Reagan saw back then the objective of Islamic imperialism.  He may not have appreciated the full scope of it, but he understood it.  Clearly he believed that it could be contained.  Reagan came into office, and the Ayatollah Khomeini released our hostages; the Islamic world was intimidated, cowed by Reagan’s testicular fortitude.

Reagan spoke before there was a significant Muslim presence in Europe.  Now the threat and intimidation by Muslims throughout the countries of the European Union is growing at every level.  And now Gaddafi is gone, but the threat of a worldwide “Muslim fundamentalist revolution” remains, and is stronger than ever, thanks to Barack Obama.

Jihadists, who were prominent among the resistance to Gaddafi from the very beginning of attempts to overthrow hisgovernment, recently revealed their goal of taking power in a post-Gaddafi government and creating an Islamic state.  U.S. intelligence agencies announced this early in September.  Where were these government agencies five months before that, when the uprisings began and were being universally hailed as bringing democracy and freedom?

If I knew, why didn’t Barack Obama and the U.S. intelligence services?  Readers of my website AtlasShrugs.com are not surprised by what is happening in Libya, as I warned about it back in March and several times in April.  Yes, I told ya so.  And I told you back in February that the Muslim Brotherhood would be taking over in Egypt.

Obama did this. Was there any thought in Washington to what we were doing in Libya when it became evident back in March that al-Qaeda was in and among the “rebel” faction?  The question still has not been answered: how is al-Qaeda preferable to Gaddafi?

Obama spent billions of your money to assist in the Islamic takedown of yet another country.  America, under Barack Obama’s “leadership,” did this.  And America will pay.  The Obama legacy will not only be the degenerate spending which led to the economic downfall of this country; he will also go down in history as the first anti-freedom leader whose foreign policy led to serious attempts to reestablish a universal caliphate across the world.  I predicted all this in my book, The Post American Presidency: The Obama Administration’s War on America.

I Will Not Talk About Rape 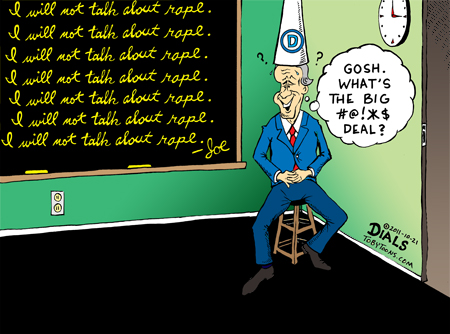 Uncle Joe is at it again. He is, once again, using the tried and true Democrat tactic of trying to scare people into letting the government spend more money. It is time to pass yet another failed stimulus bill, and if you don’t pass it, oh, you don’t even want to know the horrors the country will face.

Mr. Biden, the Federal government doesn’t need to spend more of our money to stop rapes, the second amendment already allows the citizens of this country to stop rapes from happening to them.

If Federal spending can stop rapes, then I wonder how many rapes would’ve been stopped with the wasted Solyndra money.

Los Angeles – As Superintendent of the Los Angeles Unified School District (LAUSD), I want to emphasize that we condemn the remarks made recently by Patricia McAllister.

Her comments, made during non-work time at a recent protest rally, were her private opinions and were not made in the context of District services.  At LAUSD, we recognize that the law is very protective of the freedom of speech rights of public employees when they are speaking as private citizens during non-working time.

I further emphasize to our students, who watch us and look to us for guidance, to be role models and to represent the ideals by which LAUSD lives, that we will never stand for behavior that is disrespectful, intolerant or discriminatory.

As a day-to-day substitute teacher, Ms. McAllister was an at-will employee.  As of today, she is no longer an employee of the LAUSD.

GetOffWallStreet.com led a campaign to hold the LAUSD accountable. Kudos to them, and to the LAUSD for doing the right thing.

Will the rest of the #Occupy movement follow in repudiating the bigotry in its midst?

How About a Little Perspective?

A worried woman went to her gynecologist and said:

‘Doctor, I have a serious problem and desperately need your help! My baby is not even 1-year-old and I’m pregnant again. I don’t want kids so close together.’

So the doctor said: ‘Ok and what do you want me to do?’

She said: ‘I want you to end my pregnancy, and I’m counting on your help with this.’

The doctor thought for a little, and after some silence he said to the lady: ‘I think I have a better solution for your problem. It’s less dangerous for you too.’

She smiled, thinking that the doctor was going to accept her request.

Then he continued: ‘You see, in order for you not to have to take care of 2 babies at the same time, let’s kill the one in your arms. This way, you could rest some before the other one is born. If we’re going to kill one of them, it doesn’t matter which one it is. There would be no risk for your body if you chose the one in your arms.’

The lady was horrified and said: ‘No doctor! How terrible! It’s a crime to kill a child!’

‘I agree’, the doctor replied. ‘But you seemed to be OK with it, so I thought maybe that was the best solution.’

The doctor smiled, realizing that he had made his point.

He convinced the mom that there is no difference in killing a child that’s already been born and one that’s still in the womb. The crime is the same!

By: Life is Dangerous: Let’s Ban It 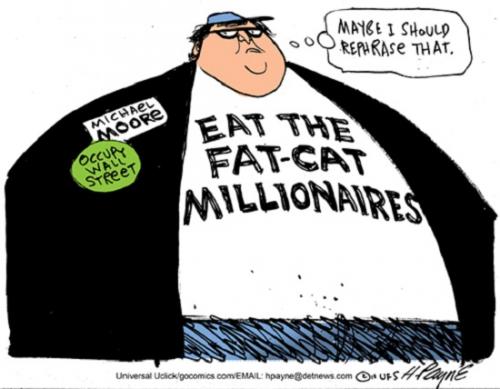 This  moron is insane.  A heartbeat, any heartbeat, is proof of life.  It is not now, nor has it ever been just sounds.  This is just some idiotic excuse for women to MURDER their babies.  At the very least, a woman who has chosen to abort her unborn child needs to be honest with herself.  Women invent stupid rationalizations for making this killing okay and it will come back to haunt them later on.  At least admit what you’re doing.  You are choosing to kill a human being with a heartbeat.

If a member of our own family, (mother, father, child) was in the hospital in intensive care, how important would the sound of a heartbeat be then?  Would any doctor say, “Oh, don’t worry, that sound you hear that sounds like a heartbeat is just some obscure sound the body makes on it’s own.”? Or if an ambulance is called to help someone after a horrific car accident says, “Oh don’t worry, we don’t need to rush your unconscious, bloody husband.  That regular beat we’re hearing is just a bunch of sounds.  It doesn’t mean he’s still alive.”  Duh!

Murder is murder!  Abortion is legalized murder, so I guess its okay to make any excuse you can to rationalize your actions.

Oh wait, it’s Sheila Jackson-Lee saying this.  It must be because of racism.  I’m just waiting for her to say this law is unjust because its racist.  That’s usually her answer for everything.

These people sort of freak me out. They just give me a bad feeling every time I see something about them. I don’t think I’ve ever felt this before. Now I really do understand more about why my dad couldn’t stand “those DAMN HIPPIES”.

From Hot Air.com:
Via Dave Weigel, savor the irony of a spot that begins with a call for more serious political conversations and then instantly reverts to deathless leftist boilerplate about “economic justice” and “peace rather than militarization.” (Maybe Obama’s not the candidate for these people after all.) This is as close as we’ve gotten to an actual list of demands, and … we still ain’t close. But honestly, I don’t even want to see the demands anymore. All I want to see is the math. We’re going to hike taxes on the rich to pay for education? Great! Who are we going to hike taxes on to lift the $1.299 trillion deficit boulder that Hopenchange dropped on us this year? The rich, right? How about making Medicare sustainable long-term before it supernovas from the pressure of millions of new Baby Boomers piling onto the rolls? Any creative solutions, or is that another case of shaking the big money tree that you’ll find growing in every one-percenter’s backyard? The tragedy of this idiocy, of course, is that many of the 99 percent really are hurting terribly and yet the only way to pay for their “solutions” would be to tax … the 99 percent. The chump in the White House knows that perfectly well but he’s too gutless to break the bad news until after he’s safely re-elected or else the GOP would pull something close to 99 percent at the polls next year. That’s another grand White House fraud. Not the grandest, but it’s up there.   Read more here…

This next video is in the article too, but I just wanted to make sure you saw it. To see someone show their antisemitism so openly makes my blood run cold.

Okay, I didn’t put this video on my Steven Crowder page because it’s just too great.  He’s always funny, but this time he investigates whether Social Security really is a Ponzi Scheme.  It’s great.  He’s not only funny, but he’s really smart too.  He explains things in a smart, funny way that makes them easy to understand.  Please watch this and tell me what you think.