The proposed increases in health care payments by service members, which must be approved by Congress, are part of the Pentagon’s $487 billion cut in spending. The plan calls for increases between 30 percent to 78 percent in Tricare annual premiums for the first year,
after that, the plan will impose five-year increases ranging from 94 percent to 345 percent—more than 3 times current levels.

Administration officials told Congress that one goal of the increased fees is to force military retirees to reduce their involvement in Tricare and eventually opt out of the program in favor of alternatives established by the 2010 Patient Protection and Affordable Care Act, aka Obamacare.

The changes are worrying some in the Pentagon who fear it will severely impact efforts to recruit and maintain a high-quality all-volunteer military force. Such benefits have been a key tool for recruiting qualified people and keeping them in uniform. 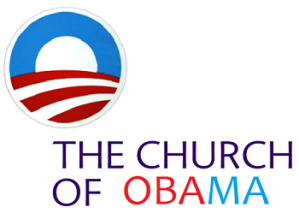 All I can say is boy I love, love, love the idea of politicians telling me what it’s okay to believe. I mean wow! If only the founding fathers hadn’t worked so hard at breaking us away from that pesky king.

I saw a link for a great article about this on Facebook (h/t Denise) and I had to share it with others.  Mark Steyn’s comparison to The Church of England is great. (highlights are mine)

[…]The church model the young American state wished to separate from was that of the British monarch, who remains to this day supreme governor of the Church of England. This convenient arrangement dates from the 1534 Act of Supremacy. The title of the law gives you the general upshot, but, just in case you’re a bit slow on the uptake, the text proclaims “the King’s Majesty justly and rightfully is and ought to be the supreme head of the Church of England.” That’s to say, the sovereign is “the only supreme head on earth of the Church” and he shall enjoy “all honors, dignities, pre-eminences, jurisdictions, privileges, authorities, immunities, profits, and commodities to the said dignity,” not to mention His Majesty “shall have full power and authority from time to time to visit, repress, redress, record, order, correct, restrain, and amend all such errors, heresies, abuses, offenses, contempts, and enormities, whatsoever they be.”

The president of the United States has decided to go Henry VIII on the Church’s medieval ass. Whatever religious institutions might profess to believe in the matter of “women’s health,” their pre-eminences, jurisdictions, privileges, authorities, and immunities are now subordinate to a one-and-only supreme head on earth determined to repress, redress, restrain, and amend their heresies. One wouldn’t wish to overextend the analogy: For one thing, the Catholic Church in America has been pathetically accommodating of Beltway bigwigs’ ravenous appetite for marital annulments in a way that Pope Clement VII was disinclined to be vis-à-vis the English king and Catherine of Aragon. But where’d all the pandering get them? In essence President Obama has embarked on the same usurpation of church authority as Henry VIII: As his Friday morning faux-compromise confirms, the continued existence of a “faith-based institution” depends on submission to the doctrinal supremacy of the state.