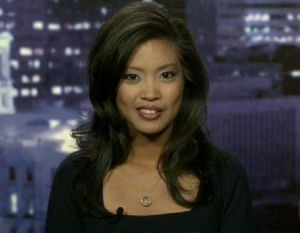 I knew I liked her!  I’ve always liked Michelle Malkin’s Blog, but now I know there’s even more there for me to like.  She explains why she’s for Rick Santorum.  Her reasons are the same as mine.  She lists both the good and the bad about Rick and then she gives details about Gingrich, Romney and Paul.  She puts into words the things I wish I knew how to say.

I know that Rick Santorum has not flip-flopped on issues and that he values the same things I do.  Although he’s not perfect (And who is?), he is an honest and honorable man.  I feel good about him as my choice.  Even if people choose to believe my vote for former Senator Santorum is a wasted vote, I still choose him as the best choice we have now.

He didn’t cave when Chicken Littles in Washington invoked a manufactured crisis in 2008. He didn’t follow the pro-bailout GOP crowd — including Mitt Romney and Newt Gingrich — and he didn’t have to obfuscate or rationalize his position then or now, like Rick Perry and Herman Cain did. He also opposed the auto bailout, Freddie and Fannie bailout, and porkulus bills.

He voted against cap and trade in 2003, voted yes to drilling in ANWR, and unlike Romney and Gingrich, Santorum has never dabbled with eco-radicals like John Holdren, Al Gore and Nancy Pelosi. He hasn’t written any“Contracts with the Earth.”

Santorum is strong on border security, national security, and defense. Mitt the Flip-Flopper and Open Borders-Pandering Newt have been far less trustworthy on immigration enforcement.

Santorum is an eloquent spokesperson for the culture of life. He has beensavaged and ridiculed by leftist elites for upholding traditional family values — not just in word, but in deed.

He won Iowa through hard work and competent campaign management. Santorum has improved in every GOP debate and gave his strongest performance last week in Florida, wherein he both dismantled Romneycare and popped the Newt bubble by directly challenging the front-runners’ character and candor without resorting to their petty tactics.

He rose above the fray by sticking to issues.

Most commendably, he refused to join Gingrich and Perry in indulging in the contemptible Occupier rhetoric against Romney. Character and honor matter. Santorum has it.

Of course, Santorum is not perfect. As I’ve said all along, every election cycle is a Pageant of the Imperfects. He lost his Senate re-election bid in 2006, an abysmal year for conservatives. He was a go-along, get-along Big Government Republican in the Bush era. He supported No Child Left Behind, the prescription drug benefit entitlement, steel tariffs, and earmarks and outraged us movement conservatives by endorsing RINO Arlen Specter over stalwart conservative Pat Toomey.

I have no illusions about Rick Santorum. I wish he were as rock-solid on core economic issues as Ron Paul.

And I wish Ron Paul was not the far-out, Alex Jones-panderer on foreign policy, defense, and national security that he is.

If Ron Paul talked more like his son, Rand Paul, about the need for common-sense profiling of jihadists at our State Department consular offices overseas and if he talked more about the need for strengthened visa screening and airport security scrutiny of international flight manifests, I might have more than a kernel of confidence that he would take post-9/11 precautions to guard against jihadi threats and protect us from our enemies foreign and domestic. But he doesn’t, so I can’t support Ron Paul.

Mitt Romney has the backing of many solid conservatives whom I will always hold in high esteem — including Kansas Secretary of State and immigration enforcement stalwart Kris Kobach, former U.N. ambassacor John Bolton, and GOP Govs. Nikki Haley and Bob McDonnell. With such conservative advisers in his camp, Romney would be better than Obama. And a GOP Congress with a staunch Tea Party-backed contingent of fresh-blood leaders in the House and Senate will help keep any GOP president in line. Romney’s private-sector experience and achievements are the best things he’s got going. Only recently has he risen to defend himself effectively. But between his health care debacle, eco-nitwittery, and expedient and unconvincing political metamorphosis, Mitt Romney had way too much ideological baggage for me in 2008 to earn an endorsement — and it still hasn’t changed for me in 2012.

Then there’s Newt, who has long made a career out of trashing progressive Saul Alinsky while employing his tactics at every turn. I’ve been making this point for years and have chronicled his dalliances with leftists as long as anyone in the conservative blogosphere.

Many grass-roots conservatives were awakened to Newt’s double-talk and double-dealing during the NY-23 race. Inconvenient truth: Newt’s transgressions are not from decades ago. It’s not ancient history. It’s here and now. Readers of this blog know the truth: It’s not just “the GOP establishment” that’s repulsed by Gingrich’s combination of moral baggage and K Street/Beltway culture of corruption. It’s the very grass-roots that Gingrich’s cheerleaders purport to represent.

From reader Barnaby, who sent back his crossed-out Republican solicitation forms with a “NO RINOS” sticky note for Newt Gingrich:

Guy: Speaker Gingrich, what you just did to Paul Ryan is unforgivable.

Gingrich: I didn’t do anything to Paul Ryan!

Guy: Yes, you did. You undercut him and his allies in the house.

Guy: You’re an embarrassment to our party.

Guy: Why don’t you get out before you make a bigger fool of yourself.

Lest we forget, this election is not about choosing a showboat candidate to run against John King or Juan Williams or Wolf Blitzer.

It’s not about “raging against” some arbitrarily defined GOP “machine.”

For many grass-roots conservatives across the country, Romney and Gingrich are the machine.

And at this point in the game, Rick Santorum represents the most conservative candidate still standing who can articulate both fiscal and social conservative values — and live them.