From TheBlaze.com – AGENDA 21 UPDATE: FAMILY FARMS ARE UNDER ATTACK 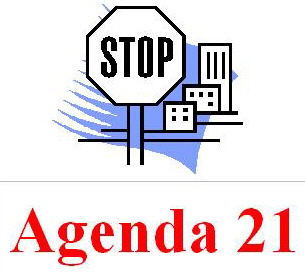 This article is really good. I know this article is from July 31st of last year, but it still affects us.  It’s unbelievable the way they want to change the types of Drivers Licenses to Commercial Drivers Licenses.  This is nuts.  My mom learned to drive on her family farm.  She drove the farm truck all over the farm before she was even old enough to legally drive.  I believe she and her brothers also were able to use the farm equipment to help my Grandfather get the work done on time.  Changing this law is insane.  Farmers will have to spend thousands of dollars to meet regulatory rules that help no one.  When the farmer loses their land, the government grabs it and soon no one will own private farms anymore.  Give the article from TheBlaze.com a look and tell me what you think about it.

AGENDA 21 UPDATE: FAMILY FARMS ARE UNDER ATTACKFrom TheBlaze.comPosted on July 31, 2011 at 1:07pm by

Mike OpelkaIs the US government starting to implement the policies of the United Nation’s plan for global management of people and resources known as Agenda 21?  The latest efforts out of the Department of Transportation (DOT) seem to indicate this is happening. And they are starting by targeting America’s farming communities with costly and oppressive regulations.

In Late May, the DOT proposed a rule change for farm equipment, and if it this allowed to take effect, it will place significant regulatory pressure on small farms and family farms all across America – costing them thousands of dollars and possibly forcing many of them out of business. The Federal Motor Carrier Safety Administration (FMCSA), part of the Department of Transportation (DOT), wants new standards that would require all farmers and everyone on the farm to obtain a CDL (Commercial Drivers License) in order to operate any farming equipment. The agency is going to accomplish this by reclassifying all farm vehicles and implements as Commercial Motor Vehicles (CMVs).

(It is also important to note here that DOT Secretary Ray LaHood holds a seat on the newly created White House Rural Council. A powerful group whose members have ties to George Soros and The Center For American Progress.)

Please check out the link for the rest of this article at The Blaze.