The Second Amendment clearly states, “The right of the people to keep and bear arms SHALL NOT BE INFRINGED!“

I hereby pledge to fight against your subversive scheme and uphold and defend the Constitution against all enemies, foreign and domestic.

So why should we thank Matt Arnold who, after all, is not a judge or justice?

Because his nearly single-handed efforts to shine a spotlight on what was the most lawless, partisan state supreme court in the nation (yes, worse than California’s) had much to do with the resignation of two of the court’s worst justices.

Way to go Texas!!  We all need to follow their example.  Find a way to help in your state or community on a local level.

A little over a month ago the City Manager’s Office determined that it was best for us to not renew our membership with ICLEI when that membership came due later this spring.

As of today, I have sent a letter notifying ICLEI that the City of College Station will not be renewing its membership nor taking part in its programs in 2012 and beyond. Furthermore, I asked that ICLEI immediately cancel our membership (if it is even still active), and remove the City of College Station and its officers from any and all ICLEI rosters, publications, and websites.

The War against U.N. Agenda 21 Just Got Hotter 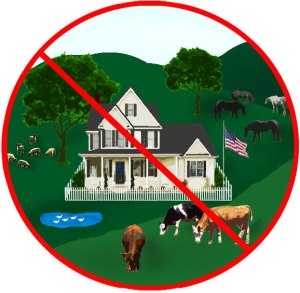 The War against U.N. Agenda 21 Just Got Hotter

This country was founded on the basis of individual liberty and day by day our government is trying to take away that liberty.  We need to wake up and start fighting against these absurd controls and regulations the government is forcing on us.  We need to help get these laws changed.  They work for us.  We don’t work for them.

Check out this article from the Canadian Free Press:

The U.N. has deemed commercial agriculture unsustainable and has used taxpayer dollars and local supervisors to re-zone, re-shape, and prohibit land use for local agriculture or building that is not approved by their bio-diversity plan of limiting human habitation – all in the name of saving the planet.

Our planet does not need saving, Mother Earth is doing fine. The problem lies with progressive humans in positions of power who want to control everything we do while they line their pockets with our hard-earned taxpayer dollars.

Here is a detailed presentation on what is really in Agenda 21 and the sustainable development movement as defined by the UN. How it will ultimately compromise your property rights..

Regarding Ms. Bruntdland: Some have suggested she is merely a Democrat and I am way off base. First off, Norway does not have a Democratic Party, but rather Socialist democrats. Hopefully there is a difference. Internet research can be a challenge, so I respect those who engage in it! However, check out the XX Congress of the Socialist International in NY. Gro was the first VP of the Socialist International whose goal is to interact with labour, social democrats and socialists worldwide to spread the socialist concept of democracy. It is quite possible to be member of the Democratic Party and a Socialist at the same time. It is members like Gro whose desire it is to move the Democratic party more toward the Social Democratic Party.

I also want to thank “6or8pack” for pointing out my error in mentioning that Betty Perry’s nose was injured by handcuffs. In fact, she slipped during her interaction with officers and hit her nose on the steps. Betty was aware of local ordinances, but chose to ignore them. This landed her in the holding pen. This error is mine.

Some have suggested they have “read Agenda 21 ” and there is nothing dangerous in the book and besides, the document has no power to override their Constitutional right to own and control private property.

To read the book alone, without reading the preceeding and following documentation and activites would be somewhat like looking at a map of Brazil and feeling you now know how Brazilians think and feel.

The name A21 refers not only to the actual book, but to the entire sustainable development movement as defined by the United Nations dating back to the 1970’s through today. That is why it is important to not only listen to the entire video, but research on your own to gain more information. Since this presentation was completed vast new volumes of information have been compiled. Check the sources in the back of the presentation and the United Nation’s own websites to draw your own conclusions.

Thanks for viewing the video and for your observations. John

I can’t stress enough how important it is to get involved on a local level to stop Agenda 21.  Please do your own research on this.  You can go to sustainabledevelopment.un.org.  This is one of the most dangerous things being implemented in our country now.  Many local groups are getting involved in various states to try to stop Agenda 21 and ICLEI.  Please read this article and then search for “Agenda 21” and you will find a lot of information that will help you understand how dangerous this is.  The UN has wiped many of their links to make it harder to do research, but I found a lot of information.  I’ll be posting more of it on my blog here and my website, Agenda 21 For Your Consideration.

Even if you have your mortgage completely paid off, that doesn’t mean that you really “own” your property.  If you don’t pay your taxes and obey the “codes”, you could lose your property very rapidly.

The philosophy behind all of this is the same philosophy behind Agenda 21.  The elite believe that you cannot be trusted to do the “right thing” with your own property and that your activity must be “managed” for the greater good.  They believe that by controlling you and restricting your liberties that they are “saving the planet”.

Unfortunately, you can probably expect this to get a whole lot worse in the years ahead.  Our society is shifting from one that cherishes individual liberties and freedoms to one that is fully embracing collectivism.  So our politicians will likely be making even more of our decisions for us as the years move forward.

(Click here to read the rest of the article.) 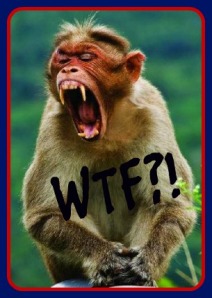 2012 WTF #28 – So what do you do when the United States Supreme Court issues a ruling you don’t agree with? If you are the Dept of Homeland Security, it looks like you issue directives to your agents to IGNORE the ruling!

In case you didn’t hear, the U.S. Supreme Court ruled on the Arizona immigration law today, and ruled that Arizona may not impose its own penalties for immigration violations, but it said state and local police COULD check the legal status of those they have reasonable suspicion to believe are in the country illegally.

I guess that DHS didn’t like this because DHS officials stated today that it is suspending existing agreements with Arizona police over enforcement of federal immigration laws, and said it has issued a directive telling federal authorities to decline many of the calls reporting illegal immigrants that the Homeland Security Department may get from Arizona police.

What does this mean? In a nutshell, the Supreme Court upheld that Arizona police statewide can immediately begin calling to check immigration status on suspected illegals, BUT, thanks to today’s directive from Homeland Security, federal officials are likely to reject most of those calls.

Federal officials went on to say that they’ll still perform the checks as required by law but WILL ONLY RESPOND WHEN someone has a felony conviction on his or her record. Absent that, ICE will tell the local police to release the person.

So if you don’t commit a crime, you’re welcome here if you are an illegal… wait a minute, isn’t coming across the border illegally a crime in itself? Why yes, I believe it is…. Hmmm… Ahh, but it’s not a felony – and even if it was, if they haven’t been CONVICTED yet of that felony, then it doesn’t count! GOTCHA! 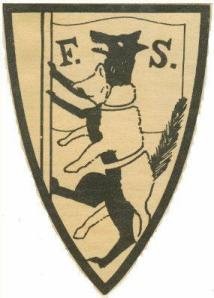 Please read this great article by American Thinker.  Here are some excerpts from the article to whet your whistle:

Allen West was the latest to get his knuckles rapped for saying there were “about 78 to 81” members of the Democratic Party who are members of the Communist Party.I His crime, like McCarthy’s, was in raising an uncomfortable subject. We may never know who is or isn’t a communist, socialist, Marxist, Stalinist or Leninist in Congress, since all socialists work by deception, define words with obscurities, and refuse to identify themselves, with exceptions like Dohrn and Van Jones. Even in the heyday of communism, the most influential of its comrades were never “card carrying members” and lying was a way of life, which included obligatory perjury. But regardless of their nuances, deception is an integral part of their political ideology.[…]

[…]Deception is starkly illustrated by the Fabian Society’s famed stained glass window  revealed by Tony Blair in 2006 at the London School of Economics. Designed by Shaw, it shows Fabians “Sidney Webb and ER Pease… helping to build ‘the new world’.” The most stunning thing to note is the Fabian Society’s coat of arms seen below: a wolf in sheep’s clothing.
Davidson, an American, and his friend E.R. met in London in 1883 to discuss politics and others later joined them. Within a year British intellectuals such as George Bernard Shaw and Sidney Webb also joined. They named it the Fabian Society after Quintus Fabius Maximus, the Roman general whose strategies of wearing down opponents by delays led to the Roman victory over Hannibal. (c.f., National Health Insurance — from Truman to Obama)

Shaw distinguished “the highly respectable Fabian Society” from other radical groups (like today’s ACORN, OWS and communists). “The Fabian Society got rid of its Anarchists and Borrovians, and presented Socialism in the form of a series of parliamentary measures, thus making it possible for an ordinary respectable religious citizen to profess socialism and belong to a Socialist Society without any suspicion of lawlessness, exactly as he might profess himself a Conservative….”[…]

Check out the rest of this awesome article at  American Thinker.

Who Is Brett Kimberlin?

This video presented by Lee Stranahan, describes briefly who Brett Kimberlin is: