“The Road We’ve Traveled” video? (aka “Why I’m the Greatest President Ever…”) 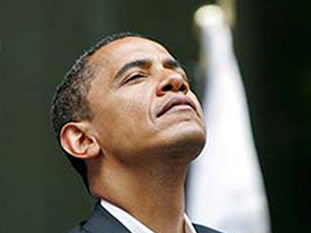 BWAA HAAA HAAAA – Oh geez politicians are such LIARS! And they must think we all have no memory because they keep trying to get away with it!

Have you seen President Obama’s new “The Road We’ve Traveled” video? (aka “Why I’m the Greatest President Ever…”) In it Tom Hanks (yes, THAT Tom Hanks) says:

“Not since the days of Franklin Roosevelt had so much fallen on the shoulders of one president. Now when he faced his country who looked to him for answers, he would not dwell in blame or dream in idealism.”

And he says it with all sincerity too!

WHAT THE @#%&?!? How many times have we heard Mr. Obama say “I inherited…” or “Bush’s fault…” or some variance of those statements in the last three years? TOO MANY TO COUNT to my thinking! But “he would not dwell in blame” – BULL$HIT! DON’T LIE TO US! If we like you and what you’ve done, we’ll vote for you; if we don’t, we won’t! Simple as that… BUT QUIT BULL$HITTING US! WE DESERVE BETTER FROM YOU AS OUR LEADER!

And even though Hanks says it, Obama’s re-election campaign is behind this thing and happily gloss over all the bad stuff while high-lighting the stuff their proud of.

Why isn’t there ANYBODY running for president this year I can get behind and honestly support whole heartedly?

WE DESERVE BETTER DAMN IT!!!