Well At Least We Get to Pay More for Food and Bail Out the Insurance Companies Too!! 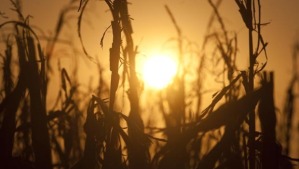 OK, somebody PLEASE help me with this logic…

There is an article on CNBC today (http://www.cnbc.com/id/48782861) about the drought and it’s effect on corn farmers.

According to the article corn farmers are better off with the drought because:

1.The U.S. Department of Agriculture said despite the drought, it predicts net farm income will rise 3.7 percent this year to over $122 billion, as high grain prices offset loss of production. (so because of the low yield of corn to sell they can sell at a higher price, so farmers will make out ok – but consumers get stuck with the higher costs.)

2.  Most grain and oil seed farmers have taxpayer subsidized crop insurance (yes, you read that right, TAX PAYER subsidized crop insurance) which will cover, on average, 70-80 percent of their loss of “average production.” And because of this, the article states that “some farmers will make more money this year having crop insurance than they would have if there was a normal yield because we planted so many corn acres”. (So if I understand that correctly some farmers planted extra crops in case of drought so when they lose those crops they can claim them as part of a total loss of expected income and insurance companies pay them for what they MIGHT HAVE SOLD if the crops had survived and then get money from the government to off-set what they had to pay out!!!)

So under option 1 the consumer gets screwed and under option 2 the tax payer gets screwed because they are forced to subsidize insurance companies that set up some deal with the government. So the Insurance Agencies (the article mentions: Endurance Specialty Holdings, American Financial Group and Ace Limited) collect the premiums, but then when they have to pay out on those claims, they come to the government and the U.S. Taxpayers cover a portion of their losses?!? WTF?!?!

With a national debt at around $16 Trillion, why the hell are we bailing out Insurance Companies, without even getting a say it in?